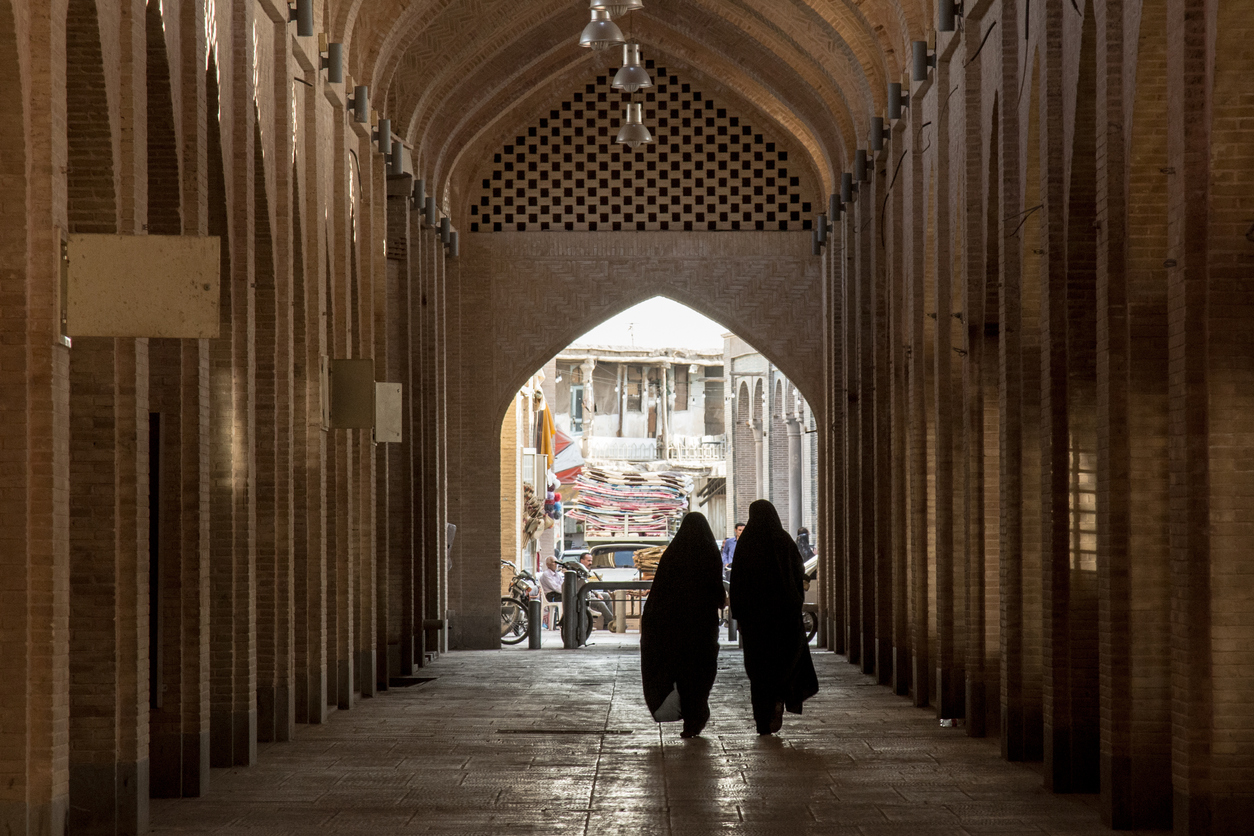 Writing about a complex and multifaceted issue like polygamy is not an easy task, especially as the discourses around it remain divisive. Some approve the practice because they see it to be permitted by God, while others oppose it from a human rights point of view.

Torn between both arguments, we lose sight of the key question: Is the practice of polygamy even healthy for a Muslim family?

You might find this question strange—and this is because we are so used to a series of counter-questions when we talk about polygamy: “Why do you want to ban polygamy? Are you trying to change the religion and ban halal practice, opening the door for the path towards haram?”

We are used to formulating the question in a way that gives only one definite answer—a response that prioritises desire over stability and the man over the family.  What’s worse is that we use God’s word to discriminate against women rather than upholding justice, which is the real essence of Islam.

In actual fact, polygamy is not solely practiced in Muslim communities and was a norm in several cultures predating Islam.

According to the Qur’an and the consensus of the jurists, Islam limits a man to four wives, if only he can be just and fair to all of them. If we give it more thought, we would know that there are also other rulings validated by the Qur’an which have been altered or were completely abolished.

For instance, giving zakat to those whose hearts have been reconciled due to disputes:

The alms are meant only for the poor and the needy and those who are in charge thereof, those whose hearts are to be reconciled, and to free those in bondage, and to help those burdened with debt, and for expenditure in the Way of Allah and for the wayfarer. This is an obligation from Allah. Allah is All-Knowing, All-Wise. (9:60)

Rulings change with time, place and context—this is what happened in the example above. However, in the case of polygamy, we seem reluctant to do so, perhaps because it involves disadvantaging men. In another situation, we would welcome the change if it brings us convenience, and rarely do we hear protests that we are changing Islam. 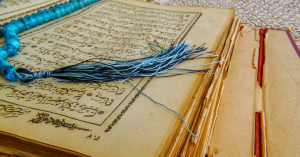 Some Muslim scholars had already studied the issue and concluded that polygamy is an injustice to both women and children, a fact that it isn’t commonly known to us. Muhammed ‘Abdu, the late Mufti of Egypt, and Rashid Reda, an Islamic Lebanese reformist—both early 20th century scholars—are critical voices who stated that polygamy should only be permissible in cases of necessity, but, for the most part, impermissible because of the following reasons:

In addition, Tahir Ibn ‘Ashour, a reformist and eminent figure in the institution of the Tunisian ʿulamāʾ for most of the 20th century (1879 to 1973), had a progressive perspective on polygamy. A judge drafting the personal status law at that time asked Ibn ‘Ashour whether polygamy should be abolished if it would be in the best interest of Muslims to do so.

He responded that there are three elements to address this question:

Another renowned 20th century Tunisian scholar al-Tahir al-Haddad, who was a reformist and famous for his book Our Women and the Shariah and Society, maintained that polygamy should be abolished altogether. In pre-Islamic Arabia, women were exploited through polygamy, as men were allowed to marry  an unrestricted number of women. This practice was restricted during the revelation by limiting the number of wives to only four, and by obligating husbands to be just to all their co-wives. Yet the Qur’an states that upholding justice would be very difficult: “You will not be able to be just between your women, even though you are eager” (4:129).

Another rationale Al-Haddad made was that polygamy is contradictory to the verse that sets the fundamentals of marriage in Islam as love and compassion: “And one of His signs is that He created for you spouses from among yourselves so that you may find comfort in them. And He has placed between you compassion and mercy. Surely in this are signs for people who reflect” (30: 21).

If we want to understand polygamy better, it is important to trace the context in which the relevant verses were revealed, along with the cultural norms and environment at that time.

Polygamy is mentioned in 4:3 (Surah an-Nisa) in the context of protecting widows and orphans and ensuring justice for them, as men used to marry widows and treat them unjustly. The literature on the circumstances of the revelation of this verse shows that it was revealed after the Battle of Uhud in 625 A.D, where a great number of Muslim women were widowed after their husbands were killed in the war.

In this particular case, widows who were immigrants from Mecca did not have families to support them, so they married men with existing wives for protection. For instance, Omar Ibn el-Khattab, after his daughter Hafsa became a widow, asked Abu-Bakr and Othman Ibn Affan to marry her. Eventually, she married the Prophet (PBUH). This gives us an indication that marriage was the principal social protection system in that era. But the juristic tradition that came much later did not give proper attention to the aforementioned context. Instead, jurists stipulated that polygamy is a permissible practice in general.

Mr. Yasser Selmi, an Egyptian researcher and preacher, stated in an interview to the Raseef22 website that polygamy should not be abolished, but rather restricted.  For instance, the existing wife/wives should be in agreement , and all their due rights must be given to them if they decide to obtain a divorce.

Several countries have introduced laws that place conditions on the practice. For example, in Algeria and Morocco, it is compulsory for the husband to get a marriage license from the court if he wants to marry another wife. The contract of the new marriage cannot be concluded without the consent of the existing wife/wives, and there should be valid justifications and conditions for the new marriage.

It is worth noting that in 1927, the Egyptian Ministry of Justice proposed a draft law that obliged men to get the permission of a judge before taking another wife.  This draft law, however, was never enacted.

A Desire or Necessity? 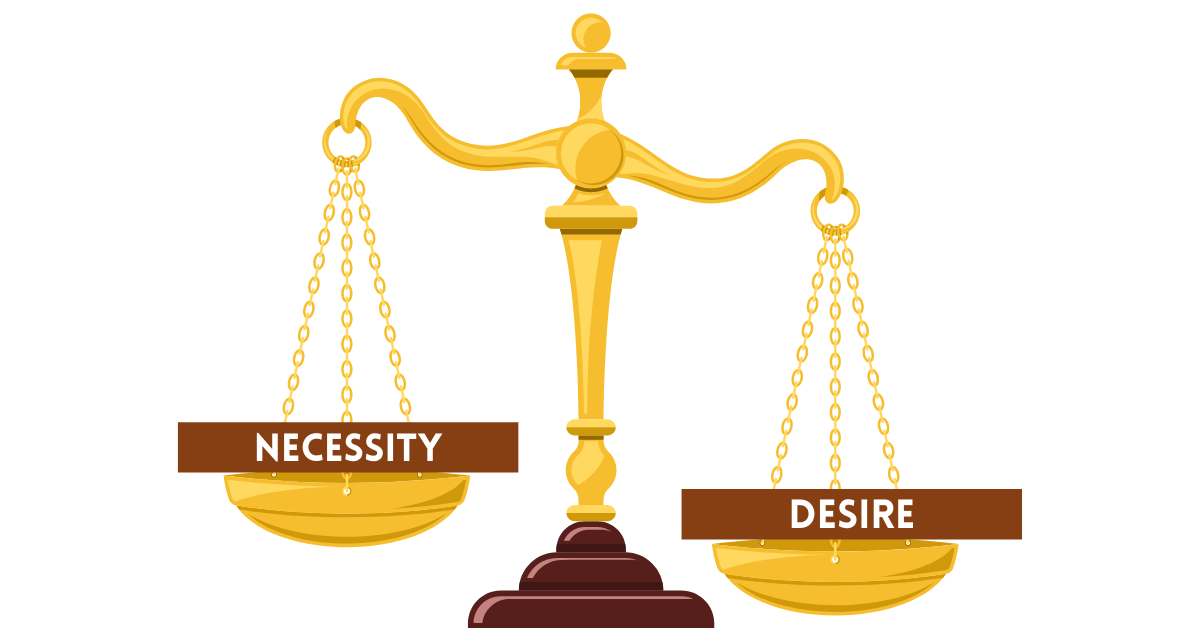 Selmi, the Egyptian researcher, believes that polygamy might be a necessity in a few exceptional cases. One such example is when the wife is unable to conceive or the couple have medical conditions that hinder them from having intimate relationships.

Seeing polygamy as a way to overcome infertility or sexual dysfunction is poor reasoning which has been stated far too many times by sheikhs, to the point where they have convinced themselves (and the public) that it is a fact.

Research in the MENA region has shown that erectile dysfunction problems have reached up to 40 per cent of the population. Among the reasons for this increase is men being late in seeking medical help and showing a lack of commitment to treatment when diagnosed. Taking another wife is not the answer to this real medical problem.

Before writing this article, I conducted an informal survey for children in polygamous marriages to study individual reasons for polygamy and its repercussions. I received 35 responses, and only one stated that his/her father took another wife to have children. On the contrary, 13 of the respondents stated that their fathers married a second woman because they are selfish, want to fulfill their sexual desires, do not appreciate their current partners, want to try something new for a change, or for no reason at all—they do it just because they can!

Needless to say, not one mentioned medical conditions being a limiting factor in their marriage.

Seven respondents also responded that polygamy came as a solution for spousal disputes, education and cultural gaps amongst spouses, or men demanding a halal sexual or emotional relationship.

Within the wide range of responses, I found one particular answer summed up the issue: “People enter a polygamous marriage because they’re unaware of the consequences”.

Several answers highlighted how polygamy resulted in the absence of the father. A respondent said, “We almost had no father” and the other, “We barely saw our father”. They also highlighted financial consequences. “We had hardly completed our education”, said one child. “I have excelled in my studies, so I can earn more and do not need to depend on my father,” said another.

With regards to adverse psychological effects, one respondent said they “lost all sense of security”. Among most responses, sympathy with their mothers was very apparent: “The worst consequence was my oppressed mother’s psyche and her being obliged to deal with this misery for our sake.”  One described that their “mother used to weep all night”,  and that they couldn’t do anything to help her.

The most alarming of the responses was of a child renouncing Islam as a result of their parents’ polygamous marriage: “Growing in a polygamous family, I came to reject religion, as it permits treason and injustice.”

This is a statement for sheikhs to reflect on and decide: Will they encourage ijtihad and take lived realities into consideration, or retain the cruel status quo and desecrate the true meaning of justice in Islam?