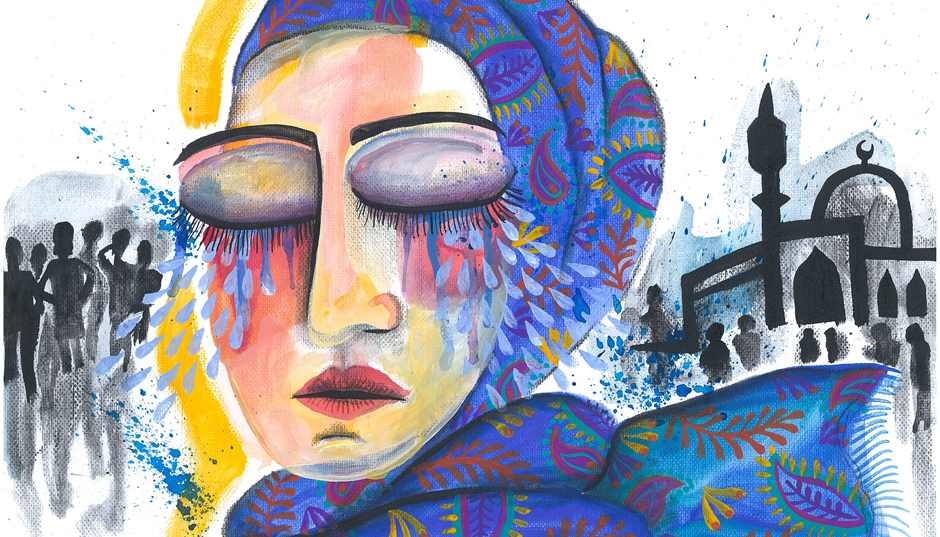 Disclaimer: The article was originally published on Asia Times on Aug 13, 2021.

Laws on divorce vary in different countries, intimately bound with women’s rights and access to justice. In many countries where Muslim communities are the minority, there is gaping inequality between men and women in their access to divorce and release from marriage.

“These discriminatory divorce laws don’t come from the scripture, because we have three chapters [in the Qur’an] where talaq procedures are elaborately laid down,” said Noorjehan Safia, founding member of the Muslim women’s organization in India, Bharatiya Muslim Mahila Andolan (or BMMA).  The Arabic term ‘talaq’ literally means “to release”. Under most Islamic laws, however, talaq is interpreted as repudiation of marriage by the husband.

Of the three chapters in the Qur’an Safia refers to, one of them is called Surah at-Talaq – the divorce. This chapter is important because it lays down elaborate instructions for divorce proceedings and has no mention of talaq-e-biddat (instant divorce) in one sitting.

At Musawah, a global movement advocating for equality and justice in the Muslim family, we recently published a policy brief on divorce rights highlighting guidelines from the Qur’an that encourage reform when it comes to fundamental Islamic principles of justice, fairness, equity, kindness and graciousness.

Our research also demonstrates that family laws for Muslim communities around the world allow men to unilaterally divorce their wives without obtaining mutual consent and without repercussions. So why do laws sanction this invidious practice in so many countries today?

India, home to some two hundred million Muslims, is one the countries devoid of a comprehensive codified Muslim family law. But, there are Shari’ah courts that operate as voluntary arbitration centres for Muslims seeking advice from a ‘Quazi (judge) presiding over Shari’ah courts, promulgated by the influential non-profit for the nation’s Muslims, All India Muslim Personal Law Board (AIMPLB).

Divorce issues come under the purview of Muslim Personal Law (Shariat) Application Act,  which has remained unchanged since it was first made in 1937, though the contents defined are unclear. This entailed religious authorities to openly interpret disputes dealing with personal law, which is to allow the husband to refuse to grant divorce if he wants to, while the woman has no say in when the husband wants to divorce her.

Such laws stem from interpretations of the Qur’an and Prophetic traditions influenced by customs, traditions and colonial influences that are passed as Shari’ah-based laws. In other words, Islamic laws are not inherently sacred, but fraught with patriarchal interpretations of the Shari’ah-based law and in turn, according to Safia, “men have used Shari’ah injunctions to oppress women for decades in the subcontinent.”

A prolific body of scholarly research found that abnegating mutual consent in a matrimonial relationship is anything but Islamic. According to the renowned Egyptian jurist Shaykh Muhammad al-Ghazali, “if the wife refuses anything but divorce and gives back the property handed to her, then she must be released and her feelings must be respected, it is not up to us to ask the hidden reasons for this wish of hers, to accept or reject it.”

While men are free to refuse to grant divorce, it is mandatory for women to obtain consent to initiate the divorce process unless she included a clause in her marriage contract.

In a resounding victory in August 2017, the Supreme Court of India struck down and declared the practice of triple talaq unconstitutional, drawing pushback from conservative groups accusing the ruling BJP party helmed by Prime Minister Narendra Modi of incriminating Muslim men, which the government will have no qualms in doing.

To that, Safia responded: “All other aspects of the Hindu family law are criminalized, so why should divorce that destroys the life of a Muslim woman in an instant not be criminalised?”

In a major win for the Muslim women’s movement in 2019 the ​​Muslim Women (Protection of Rights on Marriage) Act, was passed criminalising triple talaq. The law provides for imprisonment of three years for the man who commits the crime and makes triple talaq a non-bailable offense.

Traversing a similar path to reform laws on divorce is a Muslim women’s advocacy group in neighboring Sri Lanka called the Muslim Personal Law Reform Action Group (MPLRAG). Their sole mission is to demand and push for comprehensive reform of Sri Lanka’s 1951 Muslim Marriage and Divorce Act (MMDA) which was drawn up by a group of Muslim men grounded in misogynistic practices prevalent at the time such as child marriage, excluding brides from signing their marriage contracts, polygamy and divorce limitations placed on women.

The MMDA lays out different types, conditions and procedures for divorce for men and women, and the provision to proclaim talaq is only reserved for men. Not to mention men don’t need a just cause to arbitrarily invoke talaq or and often use this male privilege to threaten or blackmail their wives with divorce.

“When women would file for a divorce they would be subjected to appeal processes which meant that they had really long hearings that never ended, ” said Ermiza Tegal, human rights lawyer and co-founder of MPLRAG. “Whereas, men would say talaq and be divorced in 3 months and move on to their next family.”

The divorce process in Sri Lanka is not like the now-criminalised practice of instantaneous triple talaq in India, but is meant to happen over a three-month period followed by a Muslim ‘Quazi initiating a 30-day reconciliation process. In case reconciliation between the husband and wife fails, the divorce is granted. The injustice sets in when women have no rights to file an appeal. Men, on the other hand, can dispute the divorce process initiated by women known as fasakh to the Court of Appeal and even to the Supreme Court.

“Whether male or female, we want equality but it is a big ask, though it used to be difficult to conceive that there would be equality in divorce. But the movement has taken us today to a place where the equalizing of divorce is, in fact, possible,” said Tegal.

From 2016 onwards, MPLRAG and activists rallying to reform the MMDA made headways in contributing to the constitutional reform conversation, and two of its members published a damning report exposing lived realities of child marriage, domestic and sexual abuse, and unequal divorce. “Women had undergone so much that they were willing to take the risk to change things and from there added new dimensions to take up space to say that the law does not reflect our religion we are taught,” said Tegal.

In December 2020, the new Minister of Justice, Ali Sabry appointed a 10-member Advisory Committee on Muslim Law Reforms, that Tegal is also a part of. Both legislative and social conversations have led them to submitting a report on reform of the MMDA to the Minister of Justice in June 2021. To public knowledge, no action has been taken yet by the Ministry since the submission of the report.

While the un-Islamic practice of instant divorce has been outlawed in India, it is not translating well on the ground due to, among other things, the corruption in the police force, and neither does the Act explain how the divorce should happen.

Rather than a divorce-in-one-sitting, women will now be served with three notices over a three-month period from their husbands – with no attempt at arbitration, joint meetings or spaces for women to talk about their sides of the story. “It defeats the purpose of reform and that’s not what the Qur’anic injunctions are,” said Safia.

Laws in both India and Sri Lanka fall short on actually giving equal rights to divorce for women. Arbitration is either cumbersome or nonexistent. Judges are almost always men. And questions about custody of children and rights to matrimonial property are by and large, also, nonexistent.

However, there’s a growing chorus of Muslim women advocating for reform in the context of constitutional rights and Islamic principles in tandem with the lived realities of victims of discriminatory laws. MPLRAG, for one, recently ran  a significant #LetHerSign campaign, advocating for the right of Muslim women to possess full autonomy to enter into marriage with agency and free will.

“We want all of the protection that the constitution provides which are fair, which are just, which are about freedoms and none of that is denied by our religion and our understanding of it. And none of that should be denied simply because we’re from the community,” said Tegal.

Drawing inspiration from India and Muslim women at home, Tegal said it is “chillingly strengthening” to see how each individual in this movement take up the issue, feel the sense that it is theirs and expressly show solidarity with those who have worked on the issue.

Women constitute almost 50% or more of the population in most Muslim countries. The empowerment of Muslim women is critical not only to better their social and economic status and obtain social justice within society, but also to eliminate chronic economic inequalities in Muslim communities.  At this moment in time, the priority is to usher in and maintain substantive efforts in parliament and the courts in favour of women’s rights so they can take control of their life choices and make informed decisions that lead to favourable outcomes for her, the family and society.