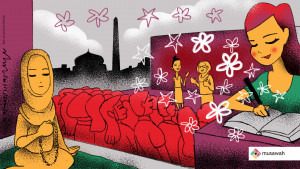 Contributor blog: Why Gen Z Steers Away From “Western” Feminism 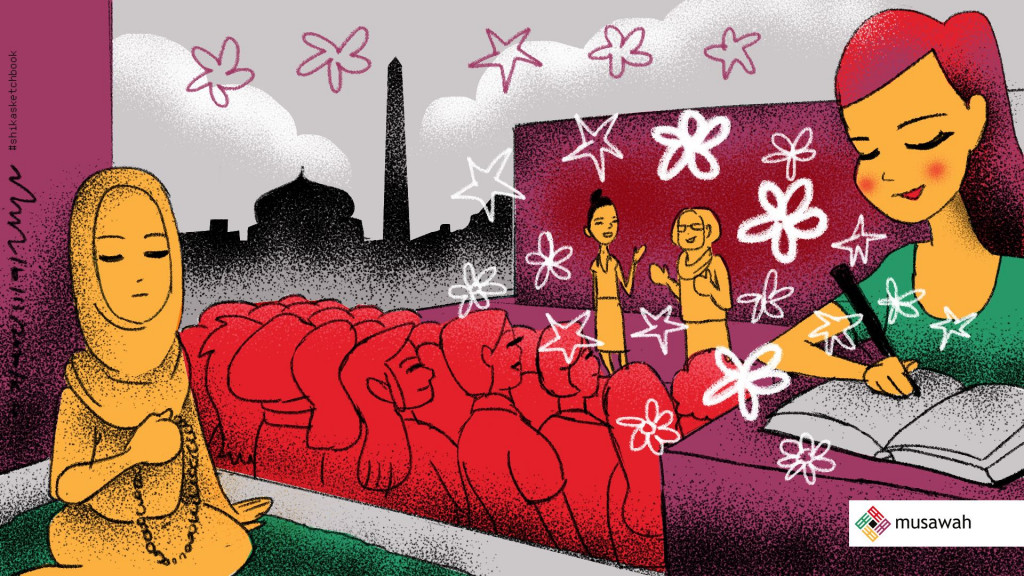 Why Gen Z Steers Away From “Western” Feminism

Why is it important to discuss and analyse Generation Z and its intersection with feminism in the East? Frankly, it would be unwise to see a vehicle moving towards you and in the wrong direction and not try your best to turn it around. Activism is a movement that helps ameliorate the conditions for future generations, and Gen Z is a big part of that future population.

One might hastily assume that Gen Z is too deeply embedded in “Western” values as a result of a globalised internet. Social media could be said to force one to find common ground or a happy middle on such shared and borderless platforms. But it’s actually far more complex than that.

The internet has certainly worked as a centralising force, positioning the United States as a main character of sorts for the world to watch and comment on, something we’ve seen with their recent presidential election. But even so, how can we ignore the diversity within the United States? How can we apply the simplistic binary of “Western” or “Eastern” values to incredibly complex intersections that live within any context? How can we apply a “one-size-fits-all” feminist lens? We definitely shouldn’t, and we don’t. Gen Z has certainly used the platforms to take a more diversified approach.

The most notable way in which Gen Zers have broken the mould is by being aware of the shortcomings surrounding “Western” feminism in an intersectional application. There are many reasons for this, but it is worth mentioning that Gen Zers have utilised the centralised affordance of social media to learn more about one another’s lived realities. I firmly believe that most of Gen Z has been aware enough not to be caught in the crossfires of Western feminism’s narrow and, for most people, fictitious appeal. They have been presented with more borderless information than ever before, which aids them in pursuing more inclusive forms of activism.

Although the internet is becoming more centred, it is also simultaneously more diversified; a social affordance that allows us to become more informed, inclusive, and connected. Gen Zers have clocked on to this fact and have utilised the space to instigate great social change, striving to build themselves a better future than the grim present.

Here are some facts about Gen Z American teens that might explain their shifted approach to activism:
1. They are the most racially and ethnically diverse generation.
2. They are the most “well-educated” generation in the traditional sense.
3. They have gone digital at a young age.
4. They are likely to be progressive and in tune with intersections.
5. They are unlikely to believe that the United States is a superior nation, a key difference from previous generations.

In the context of Islamic feminism, young Muslims utilise social media to express their disdain for stereotyping, reclaim their identities, clear up misinterpretations, share positive upbringings, and shed light on their cultures. In short, it has been a great tool to regain their agency and independence, particularly as women.

Notably, they are using platforms, particularly Twitter and Instagram, to address shortcomings within their communities and propel activism. I remember Muslim Gen Zers making it clear that the Black Lives Matter movement was applicable in all contexts, to pinpoint issues of colourism in our own communities and highlight that Islam is itself not a hegemonic identity as it includes many intersections within it. Infographics, books, and journal articles were shared, and people educated each other, and shared a clear call to action: we need to be better.

Then, how can we improve our activism even further? Read everything critically and apply multiple perspectives, click into articles rather than just commenting on the headline, and always keep in mind that two things can be true at once. I truly believe that, once we adopt this critical and broad lens, we can become even more nuanced and inclusive in our adoption of activism.

This notion of two things being true at once certainly applies to Islamic feminism. Young Muslims should reclaim their identities against harmful stereotypes and aim to renegotiate this simplistic binary of Western “liberation” and Eastern “oppression”. At the same time, young Muslim activists should look introspectively at which aspects of their interpretations or legal institutions do more harm than good to citizens of the present context. This is the essence of more diversified forms of feminisms and approaches to activism.

Something like Islamic feminism is not meant to alienate a particular group, but rather, to create a space that reclaims Islam as a helpful tool that places vulnerable groups’ voices at the forefront and diversifies the perspective. It seeks to re-establish Islamic teachings from being a rulebook to a guidebook. It aims to shut down harmful and patriarchal interpretations of religion.

I hope we don’t let this be a fleeting moment. I certainly don’t think it will be. Let’s keep using these tools to share more informed and nuanced versions of activism, bring new perspectives, like Islamic feminism, to the globalised table, and represent ourselves to the world in a fair manner.

—
Nour Altoukhi is a Melbourne-based writer, editor and podcaster with a special love for fashion, comedy, discussing the gender economy and everything in between. She was an intern for Musawah’s Global Conference on Muslim Family Law Reforms in 2020.

Nour Altoukhi is a Melbourne-based writer, editor and podcaster with a special love for fashion, comedy, discussing the gender economy and everything in between. She was an intern for Musawah’s Global Conference on Muslim Family Law Reforms in 2020.