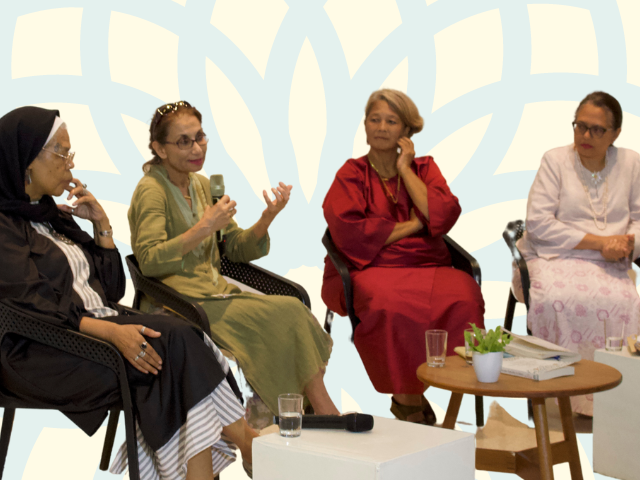 I have the privilege of knowing Ziba Mir-Hosseini for 20 years. When we came into each other’s lives, it wasn’t with a loud bang because that was not our style.

I got to know her thoughts and ideas better when I was preparing for a presentation at the ISEAS-Yusof Ishak Institute, Singapore. I was guided by Sisters in Islam (SIS) founding member, Norani Othman, who instructed me that Ziba’s paper, ‘The Construction of Gender in Islamic Legal Thought: Strategies for Reform’ was critical in my preparation. She had written it for a workshop that SIS organised on Islamic Family Law and Justice for Muslim Women in 2001.

By then, I appreciated how she had elaborated the different discourses and positions on gender (in)equality in Islamic legal thought by the Traditionalists, Neo-Traditionalists and Reformists. I still refer to that paper because it helped me so much in understanding who I am dealing with, where they are coming from and why they think in a certain way about gender equality and Islam.

In 2007*, I was a facilitator for a workshop held at a pesantren in Cipasung, Indonesia in. As someone who was relatively new to facilitating back then, I was nervous. But Ziba pulled me aside and told me, “You can do this!”. However, it was Ziba who had to deal with most of the varying positions in the hall. We had Iranian and Indonesian women’s rights activists, religious scholars from various Indonesian pesantrens and a group of ayatollahs from Qom, Iran, so you can imagine the diversity of opinions and thought in that space for several days. She gave so much of herself, working until she was spent and fainted in her room.

I was mortified. In hindsight, it was not only because I felt like I had worked her to the bone but because I didn’t realise how out of depth I was to deal with the situation. But Ziba knew and understood the gravity and importance of holding that space, and stepped in to become the translator (also literally, in Persian) and conduit of ideas and positions across those very diverse groups.

At the same time, it was exhilarating to witness how some of the ayatollahs opened up and understood the perspectives that the Indonesian religious scholars had to offer, both intellectually and culturally. I still remember the scene on the bus as we were headed back to Jakarta: one ayatollah writing out the Salawat Keadilan Gender (Salawat on Gender Justice) and Ziba helping him translate it into Persian.

*Workshop on ‘Women’s Rights Advocacy, Islam and the Public Sphere’, sponsored by the International Center for Islam and Pluralism (ICIP), Jakarta, held in Cipasung, Indonesia, February 12-16, 2007.

I had more opportunities to work with Ziba. The longest time spent with her was in a 2-week short course that SIS created on Understanding Islam from a Rights Perspective in 2006. As part of the programme, we watched several documentary films including the one Ziba co-directed with Kim Longinotto, ‘Divorce Iranian Style’, for which she won a BAFTA award in 1999. The film was compelling because it showed how Iranian women stood up in courts and held their own against biased Shari’ah judges in order to exercise their rights.

Just like at that workshop in Indonesia, Ziba has taken on that role of holding space and bridging the ideas and perspectives of reformist contemporary scholars to women’s rights activists through her new book ‘Journeys Toward Gender Equality in Islam’. In my view, she knew that it was important for activists to know where religious scholars were coming from, and whether these scholars knew, felt and understood what women have to go through in their struggle to have their voices heard – whether in a family discussion or when claiming for their rights in family courts.

Musawah runs a transformative programme, Islam & Gender Equality and Justice (I-nGEJ), which is designed for women and human rights activists working in Muslim contexts around the world. Learn more about it here!

The book allows us to become more connected to each other as human beings, and we are more assured that the ideas and positions they have to offer for the work that we do on Islam and gender equality is coming from the reading of texts that is not disconnected from their living contexts and human experience. This is important because as a Muslim woman and activist, I need to know that there is heart, empathy and compassion behind these scholars’ positions. We have had enough of religious scholars who drone on and on citing juristic and religious texts like a trained parrot who repeats without understanding.

There are still some views and positions of some of the scholars interviewed that I still cannot comprehend and agree with, but in a way, these different shifts and positions are indications of their own changing situations. They respond to what they are experiencing and thinking, acknowledging that their ideas are constantly evolving.

I am glad that Ziba had chosen these scholars for us to connect with – Abdullahi An-Na’im, amina wadud, Asma Lamrabet, Khaled Abou El Fadl, Mohsen Kadivar and Sedigheh Vasmaghi. They all have very specific and significant contributions to reading and interpreting Qur’an and tackling fiqh in ways that are real, relatable and even radical. I draw attention to Sedigheh Vasmaghi and hope that she would consider translating ‘Rethinking Shariah’ and her other works into English. She is a critical voice in the subject of fiqh, and an important resource for generations to come.

Thank you, Ziba for your dedication in bringing the voices and experiences of these scholars, working over 12 years to publish this important book. I make do’a for you and all the scholars in this book for your well-being here and after.

‘Journeys Toward Gender Equality in Islam’ was launched in Kuala Lumpur, Malaysia on 7th June 2022. For Ziba, it was significant to have the book launched with the two organisations – Sisters in Islam and Musawah – that she found a home for her work on Islam, feminism and women’s rights and in her identity as a Muslim feminist, academic and activist.

Rozana Isa (@rozana_isa on Twitter) currently serves as the Executive Director of Sisters in Islam.